In 2000 and 2001, the 'Temple Hill' was damaged when large public gardening works weer carried out on it.

These works also damaged the repository pit, located 40 m south-southwest of the public bomb shelter. In the course of work, the a bulldozer hit the upper part of the pit, the damage was considerable. Vessels were chopped or broken and fragments were removed by the shovel and dumped upside down, over the pit and perhaps south of it.

Itamar Taxel, who was starting a survey of the Yavneh map, noticed the damage and reported it to the IAA central district office at Tel Aviv, around September 2001.

Raz Kletter and a small group of IAA archaeologists, including Edna Ayash and Peter Vogel, visited the side in late 2001. Kletter suggested that the broken pottery found by the team, came from a favissa of cultic vessels. 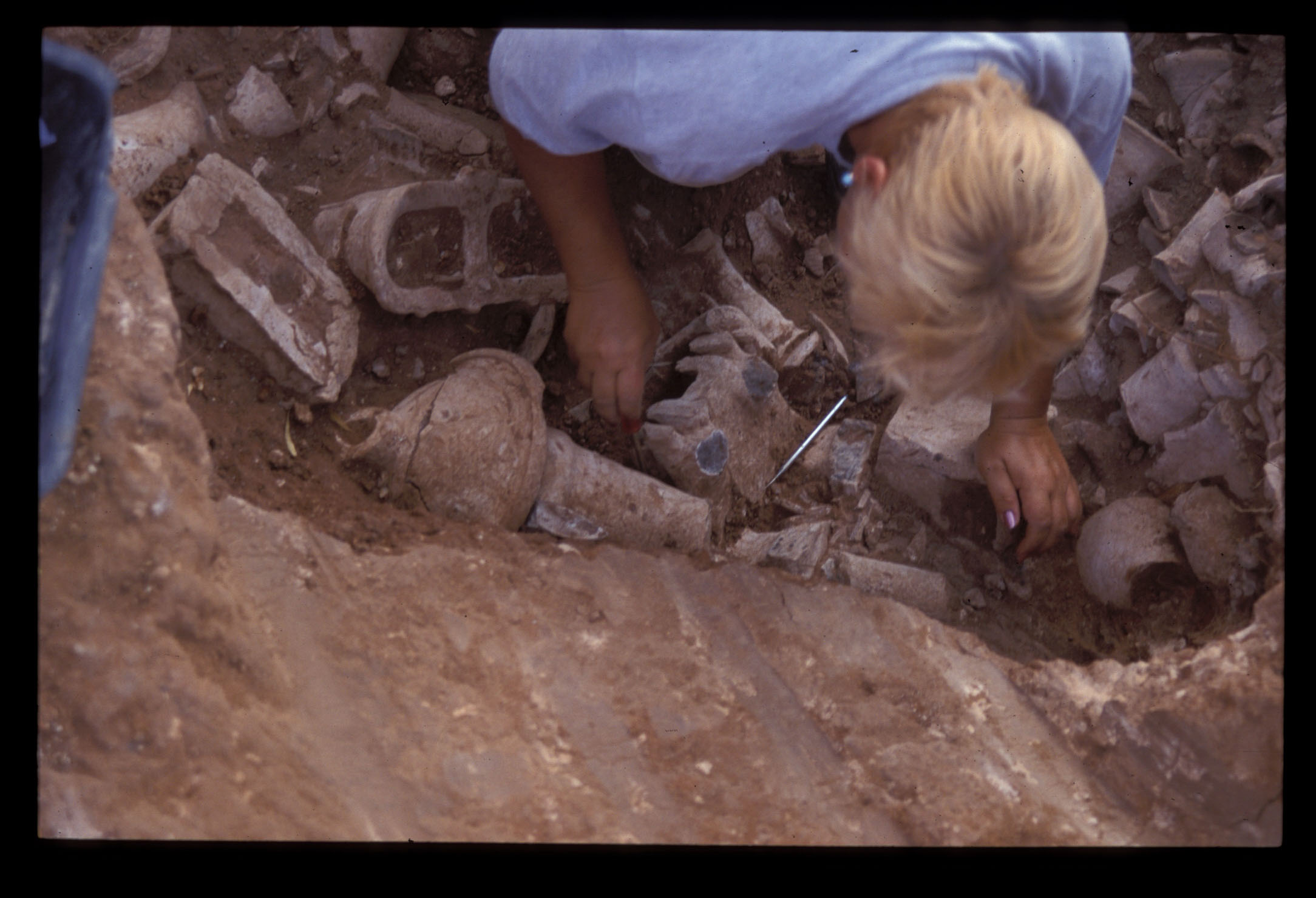