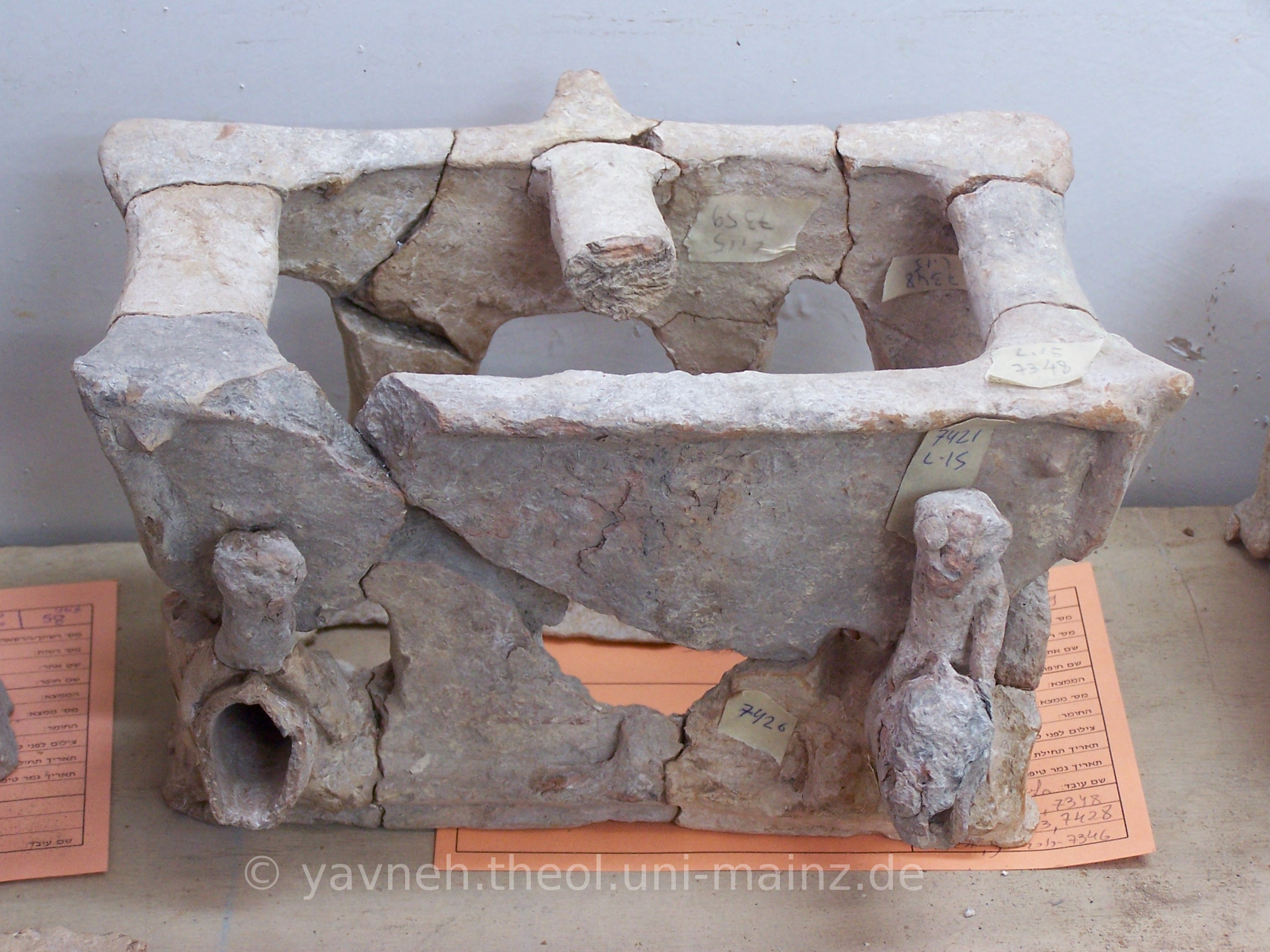 In most of the stands a cornice is indicated by a rope band and buttons.

The shapes of the tops vary: some are leveled and some are concave or saddle shaped.

Typical of the Yavneh stands are cut out fenestrations with modeled figures.

None of the stands show traces of soot. Therefore, they may never have been used as braziers, although their form suggests a cultic function for burning. Perhaps the incense was burned in small receptacles placed on the stands.

Another possibility is that the stands were used for libations. 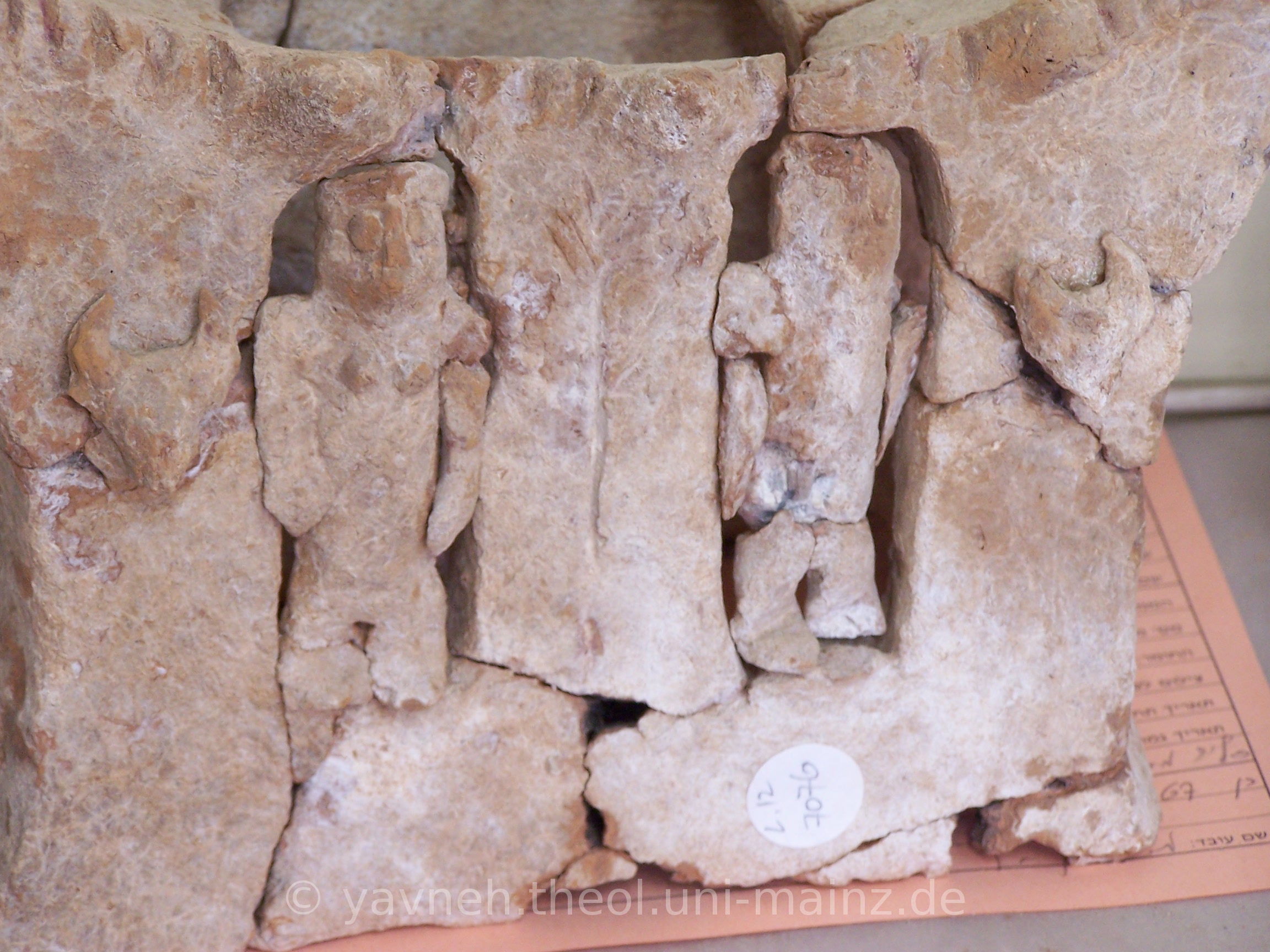 The Yavneh stands display a wide variety of modeled and incised figures, mostly humans and animals, but also trees and heavenly bodies. Many of the human and animal figures were seperatly shaped before being affixed to the walls or placed in openings. Most human figures are naked females in various postures. Male figures are rare, though because of casual modeling the gender cannot always be identified.

Many of the stands were also painted in red and black geometric patterns over whitewash.